You are here: Home / The Film Star Hiller

Our 1960 Hiller helicopter was flown in the Bond Movie, Goldfinger. Now it’s back in The Man From UNCLE. The Hiller has the perfect period look for 1960’s and early 1970’s film and television productions, with other roles in productions such as TV’s Heartbeat series amongst others. Our experienced aerial coordination team and Hiller pilot Rob Hields can work with your production staff to fulfil your brief and create stunning visuals.

Here’s a few facts and a brief history of this helicopter, a veteran of film and television appearances across fifty years.

In 1960 rolling of a factory production line of the Hiller Aircraft Corporation in California USA was a brand new aircraft. Then only known by a construction number of 2070 the aircraft would become familiar in movies across the years. Gaining a UK certificate of registration in 1962, aircraft number 2070 became known as G-ASAZ, a registration mark that it would keep until this day.

Owned and operated by Rent-A-Copter Limited of Lowndes Street, London, less than a year later in 1963, G-ASAZ launched her film career with a debut appearance in the movie ‘The VIP’s alongside were Hollywood co-stars Elizabeth Taylor and Richard Burton.
Preferring the limelight to a cold dark hanger it was no more than a year on before we see her adorn the silver screen again, this time on the 1964 blockbuster Bond Movie ‘Gold Finger’.

Like so many bands in the sixties who topped the charts with one and were never heard of again, G-ASAZ was to fall into the shadows. For the next 35 years G-ASAZ passed through a variety of owners and led a relatively uneventful low profile life in service.

Present owner Robert Hields of Hields Aviation met Yorkshire Air Museum’s Director in Elvington at a Special Air Service Dinner. It was suggested over the course of the evening that an airworthy classic aircraft could well serve the museum with public transport operations, so the project began.

Firstly a suitable machine had to be found and by chance Mr Hields spotted a non flying G-ASAZ at a facility in Bedford. G-ASAZ had been neglected but was still able to project her potential to her prospective buyer and her star studded history helped capture the imagination of Robert Hields.

Hields Aviation embarked on restoring G-ASAZ back to her place in the skies, a project that was to take 4 years and a considerable amount of funding. Finally rebuilt and in ‘Royal Navy’ livery it wasn’t long before the sixties retro styling of the Hiller began to attract the attention of film and television producers looking for a suitable period aircraft for movies and television.

Yorkshire Television quickly cast her for period roles in episodes of ‘Heartbeat’ and ‘The Royal’. By then, G-ASAZ once again finished in the ivory white livery as sported in the famous Bond Movie Transporting her back to her youth.

Other appearances had been alongside the original James Bond Goldfinger Aston Martin DB5 at the RM Auction sale in 2013, plus various car magazine photo shoots, such as this one for Evo Magazine. 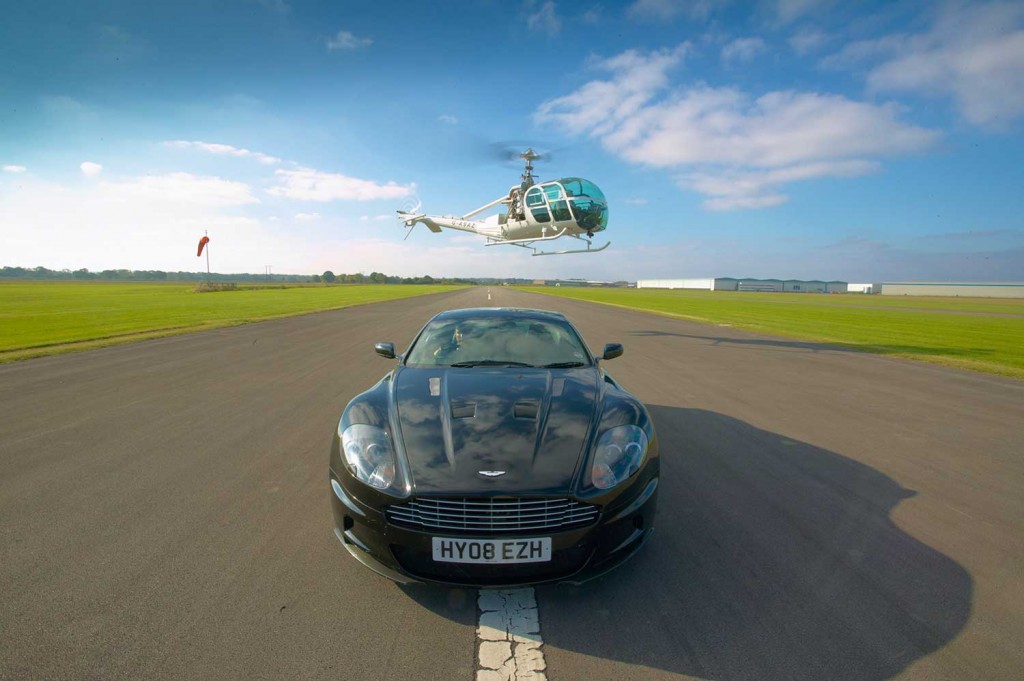 In 2014, Rob was contacted once again, this time for the Guy Ritchie production, The Man From Uncle. Scheduled for release in the fall of 2015, the Hiller will once again be part of a major movie production. We’ll be writing more about the making of this movie upon it’s release date.

If you have a production that requires a helicopter with a cool, retro look, capable of showing stars in the pilot’s seat while being flown by a professional pilot, please get in touch to discuss your project. 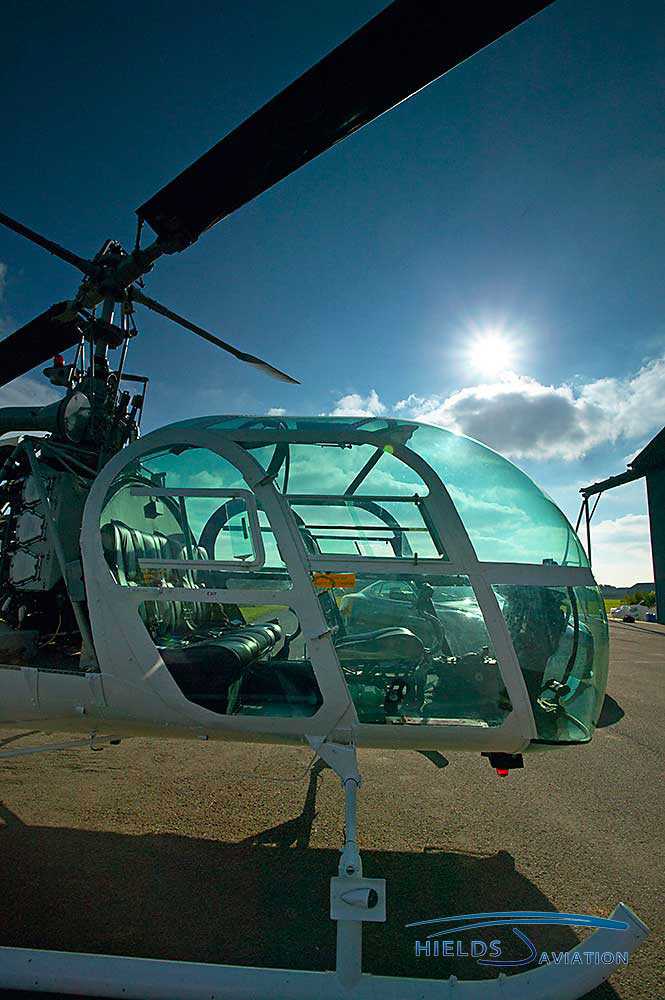