For newly qualified helicopter pilots, adding to their initial basic skills is something we feel is vitally important. Just as learning to drive a car doesn’t end when you pass a test, so learning essential helicopter piloting skills is something we hope we continue to teach both during and after basic training. Indeed, our instructor team pride themselves on being there for continued guidance, support and training in different areas where necessary.

One of the most satiffying skills to learn is flying the London heli lanes. These London heli-routes may appear to be daunting prospect to tackle as an initial Private Pilot but they are in fact much easier than you may have thought once flown with an Instructor. Newly qualified helicopter pilots generally don’t attempt to fly the helicopter lanes in London my themselves first time. Many prefer to take an instructor along with them who has experience of the routes and some of the special rules. We regularly undertake trips south to fly in the busy London airspace and help pilots gain skills and confidence. 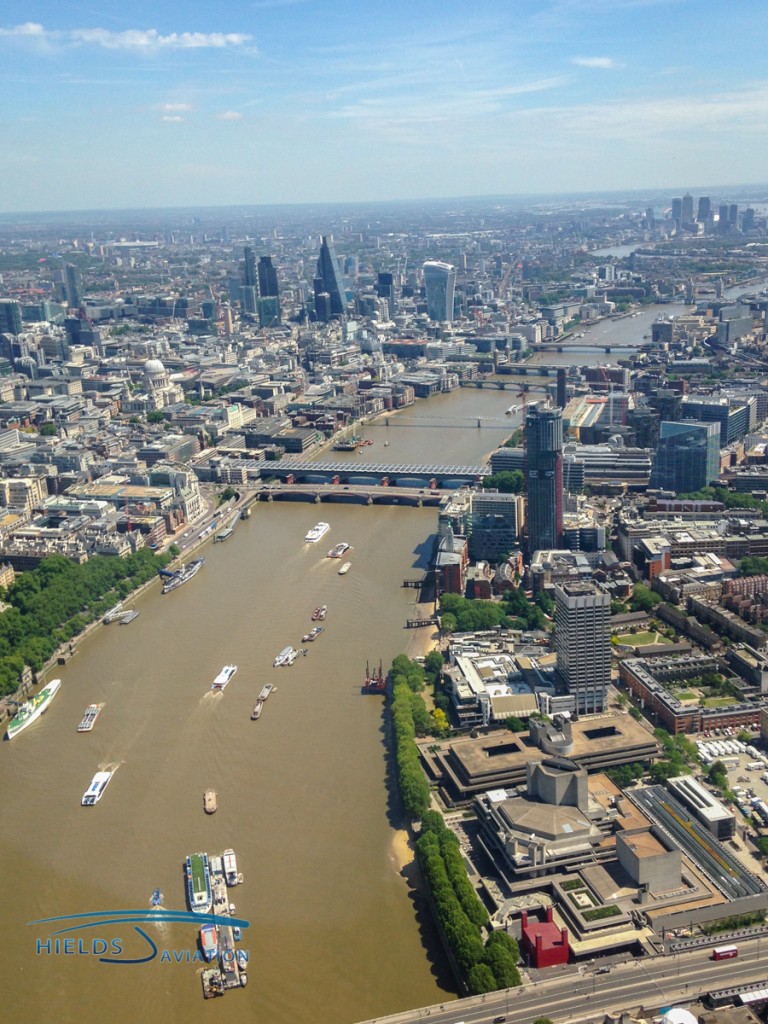 These special routes are designed for Single Engined Helicopters, like our Robinson R44’s, and allow you to enjoy the best views of the most famous London Landmarks.

So why have these specified routes? Simple, a single engined helicopter cannot legally fly over a congested area such as London, so the routes mainly follow the River Thames, meaning that in case of emergency, persons on the ground will be safe and crew can carry out a landing on the water.

Here is a quick guide to flying the London heli lanes and some of the things you will learn.

1. Be prepared. While we should always prepare for flying helicopters, when flying the London heli lanes you will be flying amongst some of the busiest airspace in the world, just below busy airliner traffic and very close to prohibited airspace covering sensitive areas. While air traffic are watching you closely, they are always happy to help. It’s a good chance to put into practice your accurate flying skills and sharp, concise radio calls.

2.The heli lanes are defined routes through central London safe for single engined helicopters. Each route has a specified max height which keeps you clear of Heathrow traffic above you, which must be adhered to. It pays to fly close to that height to give you maximum response time should you have an emergency. The height also means that tall buildings reach up towards you in ways you may not be used to. Just because the buildings are taller, this doesn’t mean you are exempt from Rule 5 of the Rules of the Air which forbids flight closer than 500 ft from any person, vehicle or structure.

3. The heli lanes can become quite busy and it’s not unusual for oncoming helicopters to come quite close. Air traffic will expect you to confirm visual separation from the other helicopter. You are only allowed to fly over the River Thames and in order to pass by other traffic, the procedure is to pass on the right, ideally between the high and low water marks. 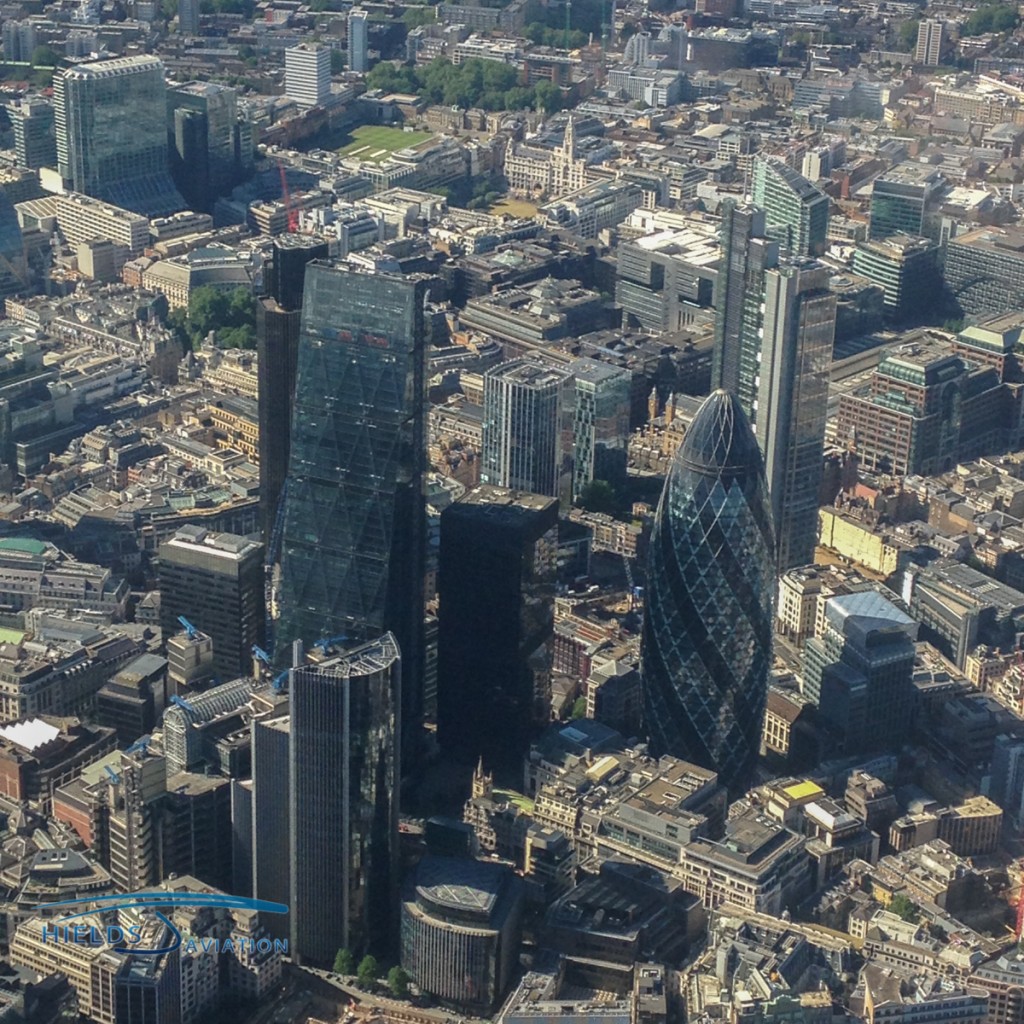 Views of The Shard and other high profile buildings

4. The views are spectacular. In the UK, it isn’t very often that you can fly a single engined helicopter amongst such congested airspace and in such close proximity to such a large built up area. However, while you are admiring The Shard and other iconic structures you should also be concentrating on maintaining your altitude and keeping close to the published maximum heights.

5. You may be able to cross Heathrow which can give spectacular views. Heathrow has special lanes for helicopter traffic to cross overhead. These are published and show the reporting points you will be expected to know and also the possible routes that Heathrow controllers will give you.

6. It’s not as scary as you think. Flying the London heli lanes is perhaps a daunting idea when you first think of it. But with good training, preparation and the help of experienced instructor pilots alongside, it will be one of the most rewarding skills you will learn. London heli lane flying helps you to perfect your sharp, accurate flying skills and become a more professional pilot. 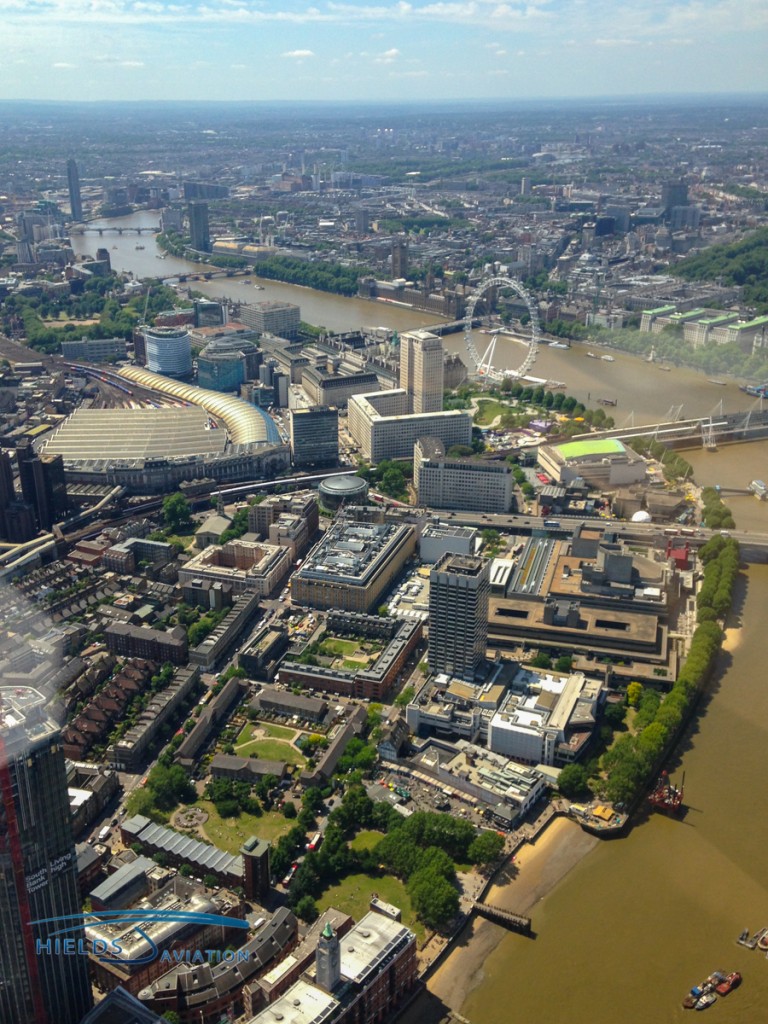 It is vital that you stick to the routes, but the views are stunning 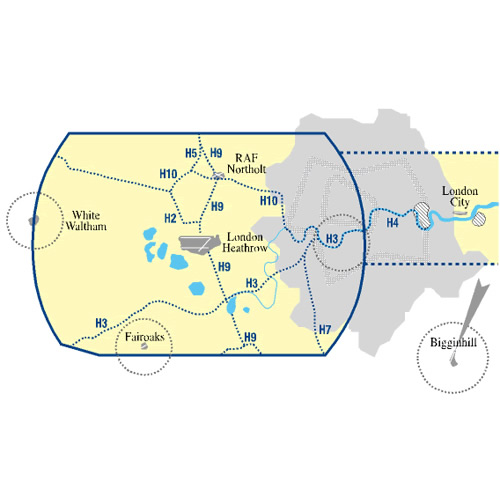 We regularly arrange trips to fly the London area helicopter lanes with our pilots. If you’d like to consider a trip, you can drop us a line by the contact form here.