The long running popular TV series Heartbeat is filmed here in Yorkshire. Set in the 1960’s, it’s full of period cars, vans, trains and motorcycles. So a few years ago, when the storyline involved a 1060’s helicopter, our Hiller was the perfect machine for the part.

We stumbled across a YouTube clip shows the Hiller in an earlier colour scheme of silver and dayglo orange, as Rob plays the part at the controls. Sadly, the clip settings mean we are unable to embed the video, so here’s a link to the Hiller undertaking some 1960’s aerial filming.

Since then of course, she’s been repainted into a more authentic livery white colour scheme, reminiscant of her part in James Bond’s Goldfinger. Lest summer, she was reunited with Honor Blackmn for a flight, some fifty years since the original. 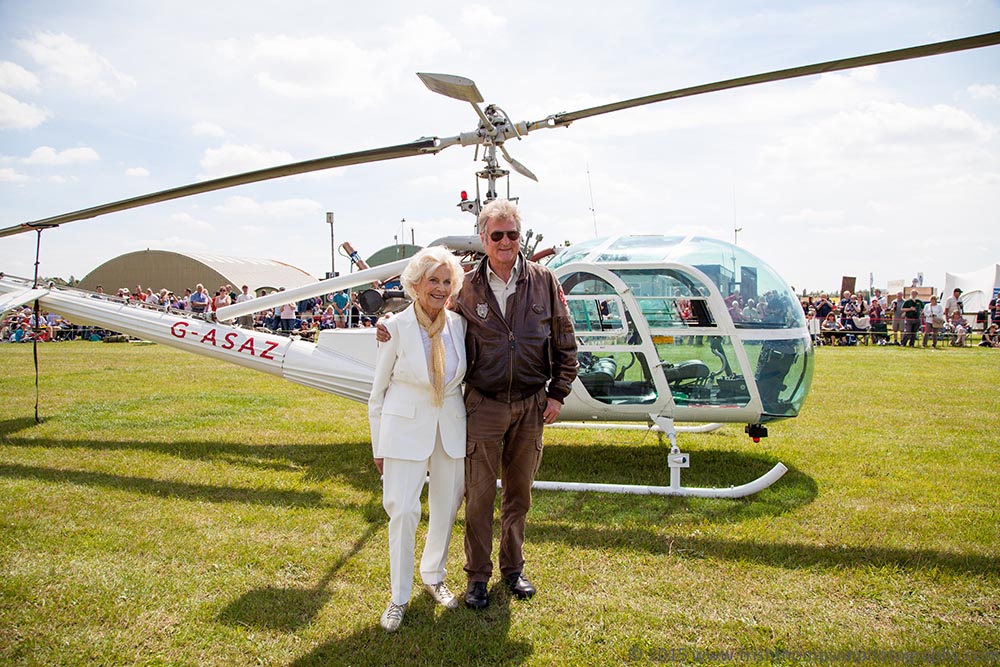